Also Technical Support jobs consists of supporting and consulting on specific technical questions regarding operation and malfunctions and advise on preventative maintenance and configuration adjustments to improve product performance.

Technical Support responsibilities will include:

Dublin is a capital city of Republic of Ireland and a capital city of County Dublin which is the busiest and fastest-growing regions not only in Ireland but in the EU as a whole. Republic of Ireland itself is one of the fastest growing countries in the world with an annual GDP growth rate of 4.1 per cent. Dublin is still a relatively small capital with an urban area population of 1,1 million and a greater Dublin area of just around 1,9 million of inhabitans. The city is growing incredibly but stays uniquely convenient in comparison to other bigger capitals. Everything is within a reach and you can walk the city centre in about 30 min.

Also Dublin is a historical, cultural, industrial and technological hub and one of the worlds few truly global cities which was listed by Globalisation and World Cities Research network (GaWC) as a global city ranking, which places it amongst the top thirty cities in the world. 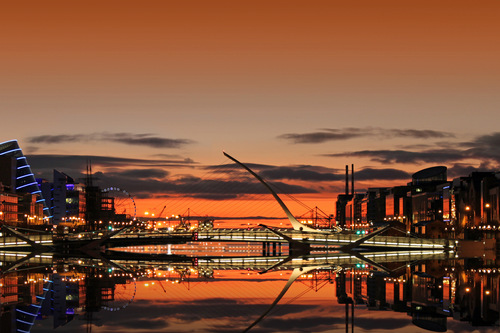 A low-corporate tax developed infrastructure including IT, Technology and other techologies allows Dublin and Ireland to be a global tech hub for many well-known multinationals. Dublin has around 100+ tech headquarters and according to Silicon Republic, almost 10 per cent of Dublin workers are developers and it is higher than in any UK and Irish cities. Some of these developers are working the most well-known IT companies called '' the IT Big-Four''; Amazon, Facebook, Microsoft and Google, while others are working for some of the most advanced start-ups. Ireland has been instrumental in shaping the next generation of tech leaders as more and more businesses choose Dublin for their EMEA headquarters.

Achieving business growth in today’s world means having the right people in place — the professional talent that sets an organisation apart from the competition. That’s why people the world over turn to Experis - a different kind of talent company. As global leader in providing talent and solutions in IT, Engineering, Finance, Technology & Life Science we work with more than 80 percent of the Fortune Global 500. Operating in over 50 countries we deploy tens of thousands of professionals to our clients every day.